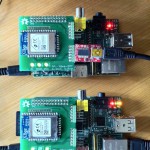 After upgrading the firmware on the modules using X-CTU and my trusty FTDI cable (with the modules on the backpacks), I set one up as a coordinator and connected them up (using the AT commands) so that they had a sort of serial session open between them. I then put jumper wires across the TX/RX lines on the two FTDI connectors on one module, and I had a wireless serial console to my other RPi! 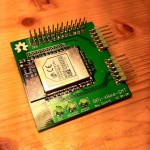 Let’s talk about what my backpacks can do: 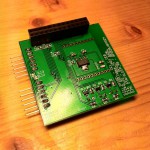 Well the hardware is done and appears to work quite nicely. Next, we need a software stack to actually use the ZigBee network in more ways than just a dumb serial console. There is a libxbee that may be useful, though I feel I may end up writing my own library and client/server architecture for use with SPI and UART ZigBee XBees and multiple client programs.